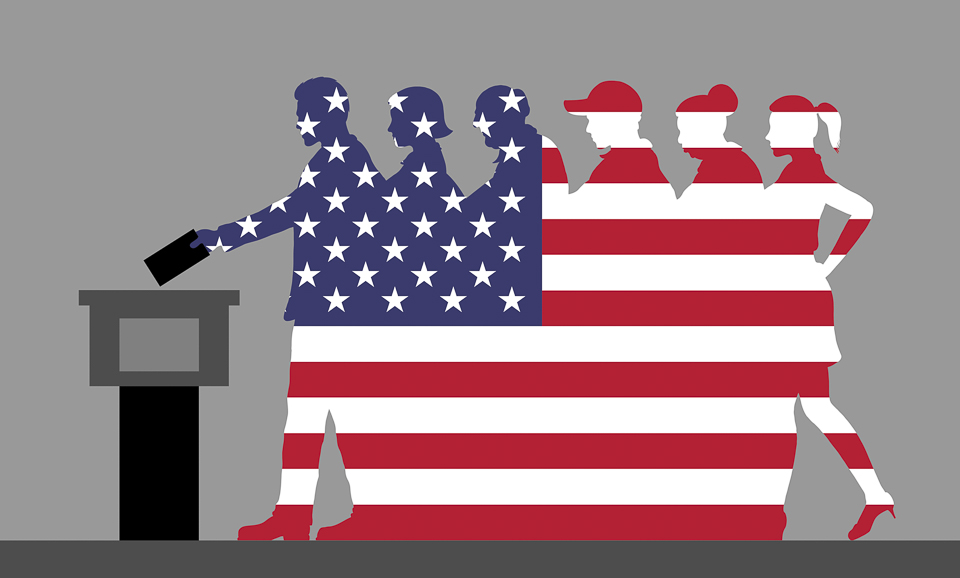 A North Carolina resident, author and former U.S. Congressional candidate, Harry Taylor makes his living as a commercial real estate broker. Over the years, he’s been a tireless political and environmental activist, working through grassroots organizations to protect and defend democratic principles he holds sacred. We have recently come to know Harry and appreciate his unflagging energy and dedication to restoring democracy. His book, You Can’t Get There From Here—How Gerrymandering and the Absence of Voter-Owned Elections and Term Limits Are Destroying Democracy, is available on Amazon.

In mid-2012, I was putting the finishing touches on my book, You Can’t Get There From Here. It’s a story about the grim, democracy-killing tactic of rigging election districts by gerrymandering. This essay—saved on my computer as “Prologue/Foreward”—did not make it into the book. I happened on a printed copy several weeks ago. Curiously, most of it might have been written today. Little has changed for the better. —Harry Taylor

I would never count myself an über-patriot, yet by the age of seven I could sing “The Star-Spangled Banner.” I still get goose bumps when I hear “America the Beautiful,” and when viewing the famous World War II photo of US Marines raising the flag on Iwo Jima. The painting Washington Crossing the Delaware fascinates me. The night looks so cold, the oarsmen so underdressed! Stories about pioneers, railroad workers, sailors, the USS Constitution, the Dust Bowl era, the building of America—all give a sense of pride and wonder. Ordinary people doing remarkable things—day after day.

On the other hand, reading The Ugly American as a high school senior saddened me deeply and set me on a personal mission to do better—much better. I cringe at the “USA, USA” chants during Olympic games, and I am sickened by televised “surgical” missile strikes that “take out” an alleged enemy stronghold or a “possible” chemical weapon storage site. It’s painful to read about the real Andrew Jackson. And so much of what Americans did to fellow Americans during our Civil Rights era remains perplexing and dreadful—particularly since some of it still goes on today.

Yet—and in spite of all that—fireworks in the night sky on the Fourth of July, a symphony playing Tchaikovsky’s 1812 Overture, never fail to thrill.

Over the past thirty years I’ve felt the landscape of my country, the United States of America, change—often with only the appearance of a ripple. In truth, our land is radically different. When things stretch to previously unknown dimensions, they seldom return to their previous shape, even when they need to. The hour is late, and it would be wise to pay attention!

Today, we’re harder, more callous, less patient, more xenophobic. We don’t observe well. Our attention span is woefully short though circumstances demand more focus, a more extensive examination of challenges. Those challenges seldom have easy solutions. But if you, Mr. or Ms. Citizen, don’t bother to read the handwriting on the wall, how would you know?

In these strange times, many have a queasy sense that our world is coming unglued. Columnist David Brooks once wrote of “an invisible cracking in the U.S.”  Our communities, country, and world have critical challenges that are being swept under the carpet. Yet instead of standing up, the vast majority of Americans want, expect, and seem willing to wait for the cavalry to ride in and make all well, to fix what’s wrong.

Alas, fixing “what’s wrong” requires honest assessments of what’s wrong. And there begins the problem. As always, there is enormous wealth, power, acclaim, and ego satisfaction in refusing to acknowledge that “the tire is flat.” Day and night we hear that the “dots don’t connect.” Yet with a little effort, we can see that they do. People with power—be it media, money, political, physical, hierarchical, or religious— revel and profit from confusion, polarization, and disarray. They muck up, slow down, and attempt to silence or discredit every dissenting voice, effort, idea, and initiative. Some will even kill themselves and others to make their point, to get their way, to get rich, to become famous, to achieve martyrdom.

So it is that we live daily with giant lies and deception—and no one, not even the president of the United States of America—can speak above the din. “They should…” becomes justification to attach blame for our vast polarization, dysfunction, ignorance, and cowardice to some “other.” A president, a political party, a religion, a law, a Congress, a past wrong not avenged, a parent, a soldier, an immigrant, our bank, the kid who just ran the stop sign, a Black man. So long as someone else is the problem, the troublemaker, we don’t have to get our own hands dirty.

To top that off, most are afraid to stand up, to stand out, and to speak truth. Those who do are branded bad apples, losers, oddballs, eccentrics, troublemakers, misfits, fascists, communists, and worse, admonished to “love it or leave it.” We sense things are amiss and headed into peril. Yet we don’t know how to turn the beast, don’t believe it’s possible, and won’t risk being ostracized by speaking up.

It sounds awful, does it not?  But…suppose We the People decide to stop playing their game. That we refuse to buy the political establishment’s “business as usual.” Collectively we are far more powerful than the noisemakers, naysayers, and selfish can ever hope to be. We the People — in massive numbers — can recognize that the above is so. We have the potential to muster initiative and courage to stand up, to speak out against power. Surely we can see that they aren’t coming to help, that “we” are the only cavalry that is going to “ride to the rescue.”

As humans, we are extraordinarily smart and capable. We can “fix” nearly everything. The Congress and political world are not beyond our understanding and ability to alter. We can rid society of weak-kneed leaders, those who turn their collective backs on education, a fair and functioning economic system, racism, critical environmental initiatives, peace, transportation, community services, and a fair justice system. But we’ve allowed those who create the non-stop noise and the din to drive us into polarized camps. At their urging, we’ve become unwilling to see that we are all afloat in the same boat. When it sinks—and it is listing hard to starboard right now —we’ll all go down!

Especially prominent are those who would have us confuse big government—derisively called the “nanny state”—with a society’s right to collectively shape of our own nation. Anything and everything we might envision to expand, limit, alter, adjust, or for which we would make fair and pragmatic rules is —to those critics—overbearing, a constriction of our freedom as humans and Americans. Their stock-in-trade universal solution is “free markets.” Take away the rules, laws, manners, agreements, conventions, and traffic signals, and—presto—all ills will right themselves.

I believe that—regardless of our differences—we care about each other. It’s time for something else, for the REAL We the People to stand together.  After all else, we’re Americans … and we’re better than this.