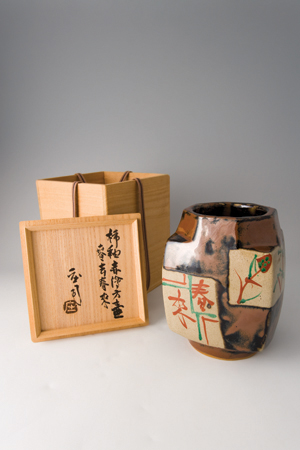 Our interest in ceramics has led us to collect, not only North Carolina pottery, but also ceramics worldwide that have influenced the North Carolina tradition—works, for example, from England, Japan, China, Vietnam, Africa and Australia. One of the best galleries on the East Coast for fine pottery is the Pucker Gallery in Boston (www.puckergallery.com). Don’t miss this summer’s exhibit titled: Hamada: Three Generations. Shoji Hamada, one of the great potters of the last century, was honored in Japan as a National Living Treasure during his lifetime. This exhibit features his work as well as works by his son, Shinsaku, and grandson, Tomoo. The gallery is also raising money to assist the ceramic artists of Mashika (home of the Hamadas and many other potters), an area that sustained much damage during the recent Japanese earthquakes. Stay tuned for more on southern pottery traditions.