With pandemic-related travel restrictions still in place around the world, we allay our wanderlust by reading books by the great explorers.

Only recently did we discover that Thor Heyerdahl, the intrepid Norwegian explorer who wrote Kon-Tiki (1948), spent time in the South Seas some 10 years before that famous expedition. In 1936, the day after they were married and while he was still a student at the University of Oslo, he and his bride, Liv Coucheron-Torp, left for Polynesia on a study project. There they lived out a fantasy most of us can only dream of. He detailed their adventure in his 1974 book, Fatu-Hiva, Back to Nature. It’s a fascinating account of an attempt to escape civilization and live in a natural paradise. He writes: “The experience was indeed a hippie’s dream, a trip deep into an utterly different existence. But a trip without drugs. For this journey was carefully planned and a solid reality.”

Their proclaimed purpose was sociological and archeological research. Their questions included: How were the Polynesian islands originally populated? Is man’s flight from nature and worship of material progress laudable? Are men better off in factories than living, like primitive man, off the land? What does a technologically advanced civilization look like from the outside? These questions seem relevant today as we struggle with psychological and emotional stress, ceaseless technological innovations, life-threatening climate change and political crises.

Here is Heyerdahl’s poetic description of the newlyweds’ first sighting of Fatu-Hiva, the remote island in the Marquesas group of islands that the couple would call home:

The islands we had dreamed of rose from the sea like the morning sun. The rising sun glowed red to the east, and the first Marquesas island was pale blue like the shadows of fingers on the northern horizon. Steep, rugged, and menacing, the mountain masses hurled themselves ever higher as we sailed on, until they were soaring like rock fortresses high above the ocean. Tumbling, frothing, and rumbling like a distant thunderstorm, the endless sea beat against these fixed obstacles in a world of living water. As our schooner came closer, we seemed to be approaching the ruins of a sea-girt castle with wisps of cloud sailing around the towers like smoke. Then the palm beaches also rose, and we coasted alongside lofty Fatu-Hiva, smaller but wilder and more spectacularly beautiful even than Tahiti. 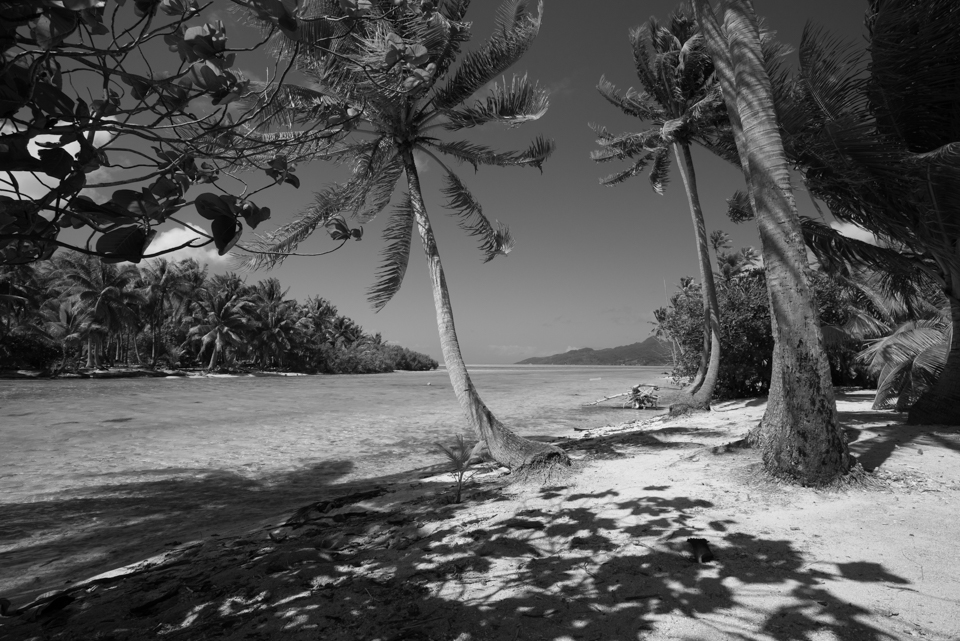 Heyerdahl and his wife built a dwelling of plaited bamboo and woven palm leaves, then successfully lived off the land with no utensils or medicines from home to ease their sojourn. They learned to find or grow their own food and to co-exist with the locals as they conducted their research. They had to live with the threat of tropical diseases, an unpredictable climate—and more. But after a year, they realized they were tied inextricably to their own culture and families at home. So they returned home.

Was their adventure folly? More rational adults might think so. But Heyerdahl concluded years later that it was the greatest adventure of his life, a chronicle of self-discovery and scientific significance. It proved to him that living for the moment, taking a chance and following his dreams, was the right thing to do. Traveling to a remote corner of the earth provided the couple with an objective perspective on their own culture—and on human nature. It inspired his subsequent Kon-Tiki adventure and others for which he became famous and shared with the world. In sum, he developed an identity and a sense of purpose as an individual, a husband and, later, as a writer, filmmaker and leader of men.

By the end of their stay in Fatu-Hiva, Heyerdahl had his own theory about the nature of paradise. As he told Liv when they were leaving the island: “You can’t buy a ticket to paradise.” Years later, he penned these words:

We hated leaving. We hated going back to civilization. But it was something we could not resist. We had to do it. We were sure then, and I still am, that the only place where it is possible to find nature as it always was is within ourselves. There it is, unchanged now as always. Man has succeeded in changing his environment. But we cannot get away from ourselves. We have nowhere to retreat to, no choice but to help one another to build a durable civilization in harmony with whatever natural environment we have left. What we can no longer find wild, we can cultivate. Nature itself is like a hearth: we can revive the fire whenever there are embers. … Real treasures are not to be looted from enemy territory or robbed from a bank. They are weightless and on the other side of our eyes, so that we do not see them. Nobody can take away what you want to preserve inside you. Nobody can take Fatu-Hiva away from me.

Fatu-Hiva is out-of-print but available, new and used, through various on-line booksellers.

NOTE: In 2013We visited, wrote about and filmed Polynesia’s most accessible islands . We hope to visit the more remote Marquesas, including Fatu-Hiva, in the not-too-distant future. Here are links to our story and short film about traveling to French Polynesia. And here’s English naturalist and journalist David Attenborough’s latest film (2019), A Life on Our Planet, in which he echoes Heyerdahl’s conclusions from his 1936 adventure, most notably that it’s not too late to revive Nature’s embers.