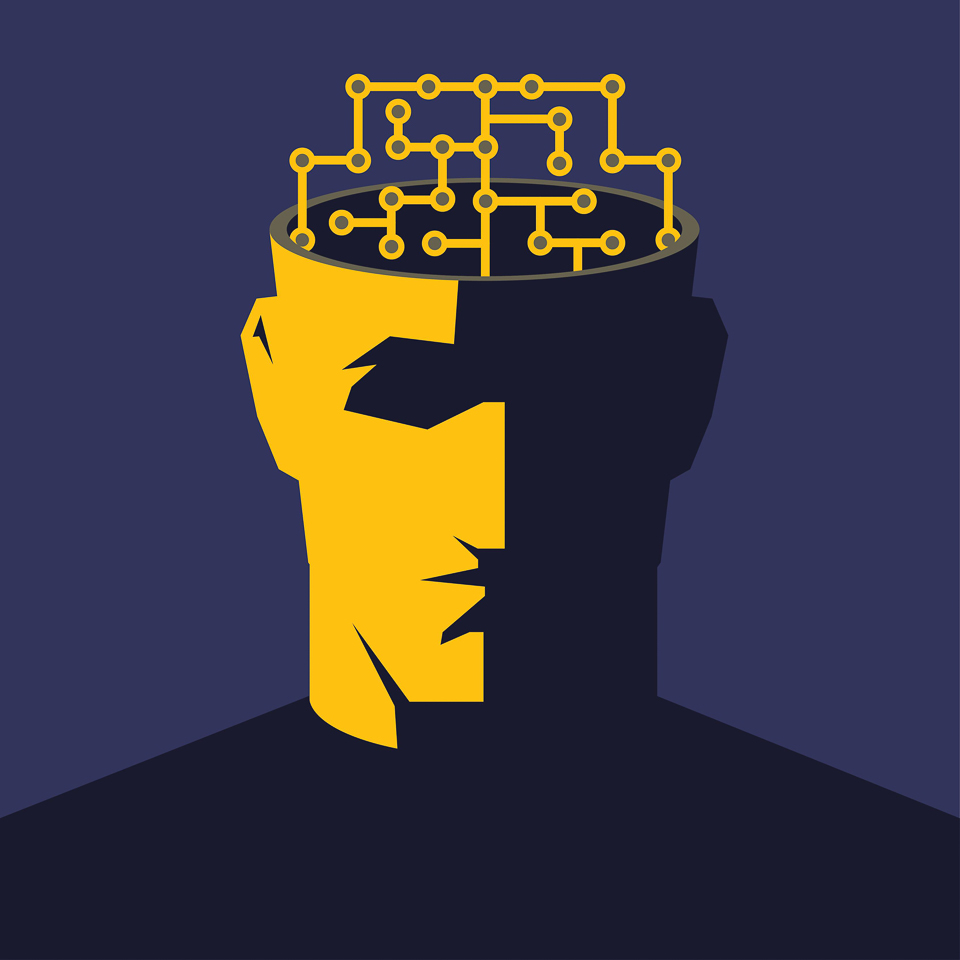 In seeking bliss and immortality humans are in fact trying to upgrade themselves into gods. Not just because these are divine qualities, but because in order to overcome old age and misery, humans will first have to acquire godlike control over their own biological substratum. If we ever have the power to engineer death and pain out of our system, that same power will probably be sufficient to engineer our system in any manner we like, and manipulate our organs, emotion, and intelligence in myriad ways.

So writes New York Times bestselling author Yuval Noah Harari in Homo Deus, A Brief History of Tomorrow (HarperCollins, 2017). He takes readers on a thrilling, mind-bending intellectual ride that speculates on humanity’s future. As humans continue to perfect technology designed to control just about everything, they will turn a select few humans into individuals with godlike capabilities.

We include this book among our travel literature reviews, since it’s about travel, albeit a different kind of travel than taking a vacation. It’s about “time traveling” to the future. As such, the narrative takes readers on a journey as it imagines how life will evolve on a technologically-driven Planet Earth.

The Rise of AI and Biotechnology

Harari suggests that artificial intelligence (AI) and biotechnology will take over our lives. As a consequence, the main products of the future will not be material goods produced in factories but human beings with unprecedented power. As artificial intelligence, overseen by these superhumans takes over, a new “useless class” of humans, incapable of being upgraded, will lose their relevance and become second class citizens.

The author speculates that, in the 21st century, humans are even likely to “make a serious bid for immortality.” Death will no longer be a metaphysical or religious mystery. It will be regarded as a mere technical problem with technical solutions.

The upgrading of select human beings into “gods” may follow several paths: biological engineering, which includes genetic alteration of humans; cyborg engineering, which will “merge the organic human body with non-organic devices such as bionic hands, artificial eyes or millions of nano-robots that will navigate our bloodstream, diagnose problems and repair damage;” and the engineering of non-organic beings in which “organic networks are replaced by intelligent software.”

He adds: “Google and Facebook will know us better than we know ourselves. And, ultimately, authority will shift from individuals to algorithms that will have a life of their own and control just about everything.” The traditional, philosophy of humanism, which emphasized reliance on human self-reliance and instincts, will be replaced by Dataism, which will command listening primarily to algorithms.

Sounds like science fiction? Perhaps. But Hariri suggests much of what he describes is already a reality: Monkeys can operate bionic hands. Paralyzed humans can move bionic limbs or operate computers by the power of thought alone. Robots can perform a range of tasks from basic medical procedures in hospitals to cleaning our homes. Imagine this: By using an electric mind-reading helmet available online for under $500, we can already remotely control electronic devices in our homes.

Consider how ubiquitous cell phones and smartwatches are controlling our lives. Many of us are dependent on Siri for getting directions when driving—and we even become aggravated when she fails to speak! Foreign languages are now easy to learn on a smartphone or smartwatch through software that not only teaches us grammar but corrects our pronunciation interactively—without the need for a human teacher. And these devices set goals for us and warn when we have not exercised or studied enough each day.

All this seems positive and fairly innocuous. But the small encroachments on our lives will increase. And on the sinister side, social media algorithms, manipulated by a handful of politicians, now disseminate fake news and create self-serving realities for millions of uneducated, impressionable followers. In sum, data of questionable veracity is everywhere and being used in predatory ways to manipulate others. As Harari asserts, “Having individual power means knowing what to ignore.” 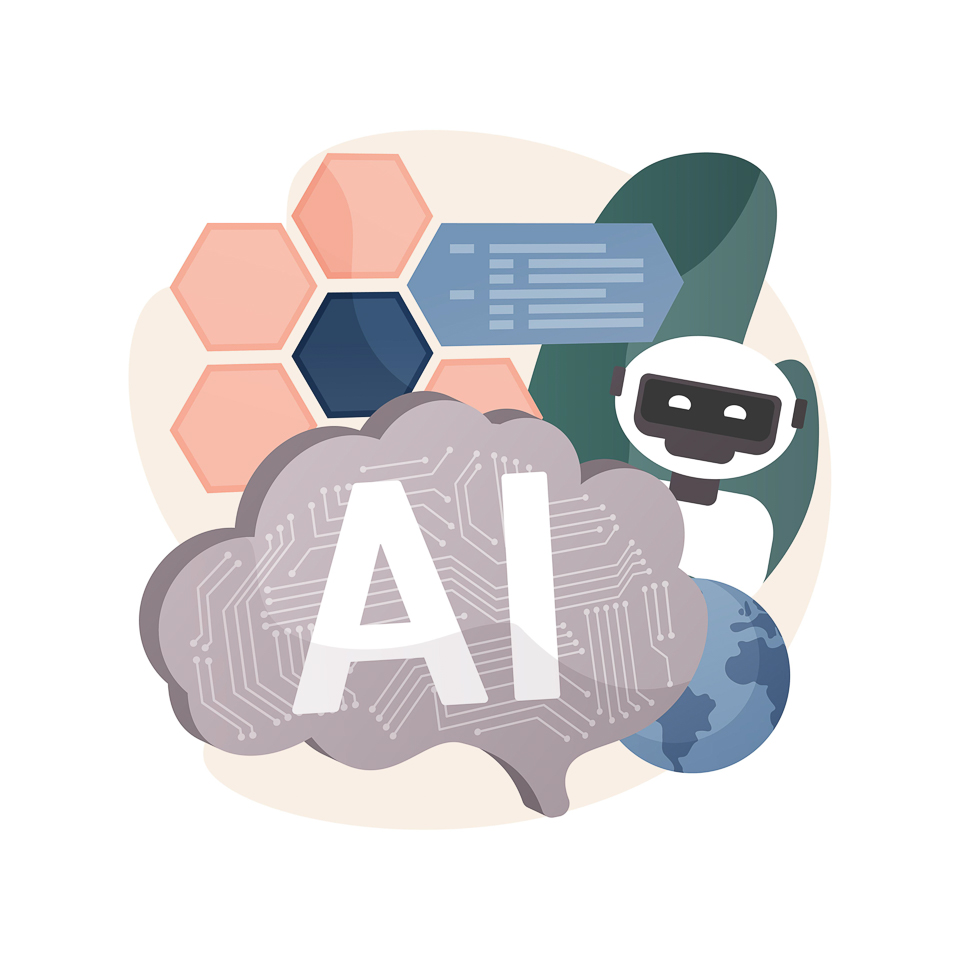 Yet Harari admits: “We don’t know where these paths might lead us, nor what our god-like descendants will look like. Foretelling the future, however, was never easy, and revolutionary technologies make it even harder. The rise of AI and biotechnology will certainly transform the world, but it does not mandate a single deterministic outcome.”

He concludes in his follow-up book, 21 Lessons for the 21st Century (Random House, 2018), that meditation and reflection offer at least temporary panaceas—but only for a limited time. “It will be the algorithms that will decide for us who we are and what we should know about ourselves. For a few more years or decades, we can still investigate who we really are. But if we want to make use of this opportunity, we had better do it now.”

We ask ourselves: where are all these developments leading? At this point, who knows? But if Harari’s propositions becoming reality, we can imagine humanity will be even more polarized. Furthermore, the new elites are likely to aggressively gather more power and wealth than they possess today. And they will do it by any means possible. Voter suppression will worsen—all for the benefit of a corrupt minority. Such developments do not bode well for democracy. Autocratic rule will prevail. More frequent conflicts within and among nations are likely to occur, requiring the development of ever more sophisticated, remote-controlled weaponry. The outcome may well be a dystopian nightmare.

After all, history has shown that Plato’s hypothetical, magnanimous “philosopher king,” a ruler with absolute power who governs for the benefit of the majority of his subjects, has never existed. Nor is such an extraordinary human being likely to emerge now.

While Harari has concluded that meditation and reflection help us to understand ourselves and our environment, humans have repeatedly proven they’re not good at reflecting for the purpose of learning from the past. The same mistakes are made repeatedly throughout history. We need only evaluate geopolitical events in our own lifetime to find numerous examples. As German philosopher Georg Friedrich Hegel (1170-1831) wrote, “The only thing we learn from history is that we don’t learn from history.”

Consider our latest existential threat: climate change. Technological solutions exist, yet human efforts to implement them have faltered for over half a century even as climate crises multiply and become more threatening. It’s little wonder that renowned naturalist and documentary filmmaker David Attenborough recently asked in his speech at the 2021 Glasgow Climate Summit, “Must our story be doomed to end because of that all-too-human characteristic of failing to see the bigger picture in pursuit of short-term goals?”

Nathanial Rich adds to the climate conversation in his book Losing Earth, A Recent History (Farrar, Straus, and Giroux, 2019). He writes, “Human beings have proven incapable of sacrificing personal convenience to forestall a penalty imposed on future generations. The central problem has always been political. The first requirement now is to speak about the climate crisis honestly as a struggle for survival. Once the stakes are defined, the moral imperative is inescapable.”

Finally, as for the rise of groundbreaking technology, extraordinary entrepreneur Elon Musk has asserted in multiple sources that, in his opinion, the biggest existential threat we face as a civilization is artificial intelligence. If the power of AI becomes concentrated among a corrupt few, the future may not necessarily be benign. He quotes 19th century English historian Lord Acton, “If power corrupts, then absolute power corrupts absolutely.” Musk advocates the sustainment of democracy and the wide distribution of AI power. Accordingly, he has established OpenAI, a company that promotes democratizing AI power.

Our last consideration is to evaluate human nature itself from a “nature versus nurture” perspective. Are humans naturally selfish, aggressive, and predatory as English philosopher Thomas Hobbes (1588-1679) asserted? Or… is human behavior nurtured? In other words, is it learned and cultivated after birth, by children’s observations of parents, other role models, and their environment? If nurtured, are humans then potentially compassionate, even idealistic, as Albert Schweitzer (1875-1965), the renowned doctor, philosopher, humanitarian, and Nobel Laureate, suggested?

Whether or not human nature is genetically determined from birth or nurtured later, what is the potential for biological (genetic) engineering to alter behavior in humane ways? Could humans, in reality, “engineer” desirable behavior…and even create a distinguished class of “philosopher kings” with magnanimous, compassionate goals?

Most of us cannot possibly envision the potential for biotechnology. In the meantime, we choose to retain faith in Albert Schweitzer’s idealism despite recognizing the existence of evil in the world. Certainly events in our lifetime have raised doubts that human redemption is possible. In his book, Out of my Life and Thoughts, An Autobiography (Henry Holt & Co. 1933), he conveys this message of hope :

“Just as the water of the streams we see is small in amount compared to that which flows underground, so the idealism which becomes visible is small in amount compared to what men and women bear locked in their hearts, unreleased or scarcely released. To unbind what is bound, to bring the underground waters to the surface, mankind is waiting for such as can do that.”

Harari’s companion books, Sapiens, A Brief History of Mankind (HarperCollins, 2015) and 21 Lessons for the 21st Century (Farar, Straus & Giroux, 2019) can be read to supplement Homo Deus. In the former, Harari recounts the evolutionary history of mankind, and, in the latter, he discusses today’s challenges, an analysis of how humans can rise and meet these challenges, and his solution for gaining clarity.