Having already been to the Society Islands of Polynesia some 10 years ago, we returned in 2022 to re-visit familiar haunts and also explore the Marquesas, one of the remotest of the five island groups of Polynesia.

It’s widely recognized that the Marquesas are among the most pristine islands—non-commercialized destinations where early Polynesian culture has been preserved, including the visual and decorative arts, body tattoos, music, and dance.

The image above is of Hanave Bay which is the northernmost bay on the western coast of the island of Fatu Hiva.  The French name originally given to the bay was Baie des Verges (Penises) because of the phallus-shaped basalt spires that rise on either side of the entrance. However, the name was eventually changed to Bay of Vierges (Virgins) when 18th-century missionaries arrived and did not approve of the first name. It’s one of the most beautiful and unusual landfalls in Polynesia.

This volcanic island is arguably the most spectacular in the Marquesas Islands with its rugged coastline and, just behind, towering, serrated peaks separated by deep valleys with rivers and lush tropical foliage.

This welcoming young woman greeted us at the dock in the port of Hapatoni on the Marquesan Island of Tahuata, the smallest of the inhabited islands of the Marquesas. Later, we watched her sing and dance with other Hapatoni villagers.  Shopping for local crafts: wood carvings of rosewood (miro) and walnut (tou), elaborately-carved bone and swordfish rostrums, and  unusual jewelry made of colorful seeds and sea urchin spines.

Manifestations of tikis abound everywhere in the Marquesas Islands: stone statues, small carvings in stone or wood, body tattoos, and in paintings. They represent an ancient god and are the embodiment of that god’s mana, or power. They are kept in homes and considered connections with one’s protective ancestors.

What a special evening we enjoyed when a full moon rose over the island of Bora Bora in the Society Islands of Polynesia! We were fortunate to celebrate the moment with champagne in an outrigger canoe as our boatman (and crooner!) sang Polynesian songs accompanied by his ukulele.

Cook’s Bay is one of the most beautiful bays on the island of Moorea. The bay was named after British explorer, Captain James Cook, who first visited these islands in the late 18th century. It was on Moorea that the movie South Pacific was filmed because of its beauty and many lovely locations.

This stunning rainbow on our first morning at sea seemed a good omen for the remainder of of our journey.

Sunsets such as this one (and sunrises) nearly always result in spectacular light shows over beautiful South Sea lagoons. We were usually awake and on deck early each morning (and late in the afternoons) to capture this timeless beauty for posterity. 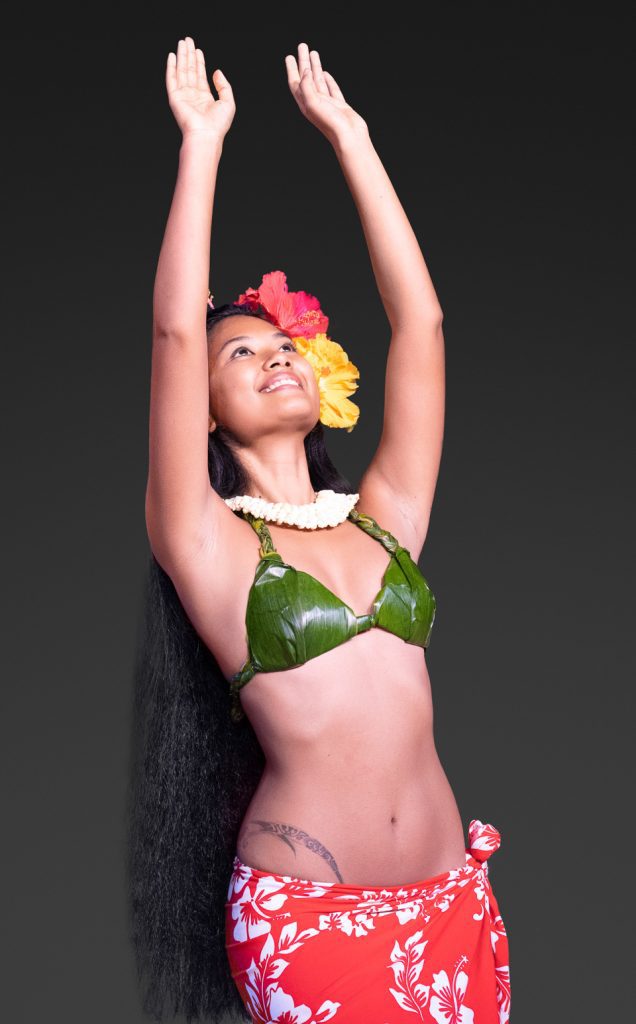 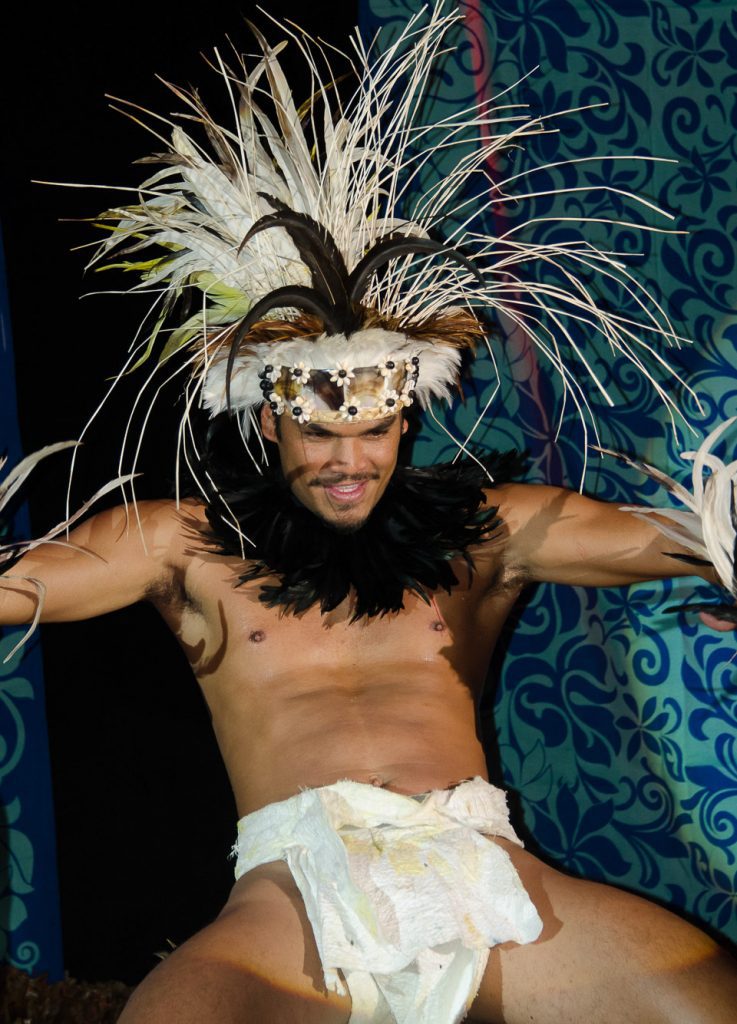 These beautiful Polynesian dancers are some of the most evocative and sensual performers we’ve photographed anywhere in the world. Polynesian dancing is very physical and usually accompanied by a variety of drums, communal singing, and other instruments such as bamboo flutes and rattles, coconut shells, ukuleles, and tapping sticks. Both men and women perform provocative movements while seeming to float butterfly-like as they entice their partners. The men sometimes make deep guttural sounds and alternate between upright and crouched positions. At the end of such dances, they’re breathing  hard, sweating profusely—and totally exhausted!