We always have a sense of freedom and adventure upon starting a road trip, particularly when that trip takes us through the open spaces of the American West.

Road trips, with their promise of romance, escape and new discoveries, have long been celebrated in American culture. From the travel accounts of F. Scott and Zelda Fitzgerald in the 1920s to Jack Kerouac’s post-WWII classic, On The Road, to the works of contemporary writers such as Larry McMurtry, the open road has long been extolled. Fitzgerald’s words are poetic: “To be young, to be bound for the far hills, to be going where happiness hung from a tree … it was a realizable thing, we thought … a harbor from the dullness and the tears and disillusion of all the stationary world.”

Our recent journey to the Southwest took us in a large, irregular circle. From Albuquerque, New Mexico, we drove northwest to the little-known Bisti Badlands. A day later, we continued west across the scenic Four Corners region en route to Monument Valley. We spent two days in the Valley, then drove on to Page, Arizona, and the Lake Powell area, where we explored nearby Upper Antelope Canyon. Our return southeastward to Albuquerque included an overnight in Gallup, near Canyon de Chelly, and a stopover in Santa Fe, New Mexico’s high-altitude capital.  Following are some highlights of the trip.

Albuquerque, New Mexico’s largest city, stands on the high desert. Its modern downtown contrasts with Old Town Albuquerque, which dates to the city’s founding as a Spanish colony in 1706. The Old Town is filled with historic adobe buildings, such as beautiful San Felipe de Neri Church, plus museums and shops that sell Native American handicrafts. There’s enough turquoise and silver jewelry to make your head spin—and empty your wallet! With only one afternoon here, we went straight to Old Town to take in its Old West ambience. We visited the Indian Pueblo Cultural Center, shopped for Navajo handicrafts and enjoyed drinks and dinner at the historic High Noon Restaurant and Saloon.

The Indian Pueblo Cultural Center is a must-see. Owned and operated by the 19 Indian Pueblos of New Mexico, it’s dedicated to the preservation and perpetuation of Pueblo culture, history and art. Here we admired rare artifacts and art, including a world-renowned collection of antique and contemporary pottery, baskets, weavings, paintings, photographs and jewelry. The Center hosts film screenings and traditional dance performances. A restaurant and fine retail shop with native crafts are also on premises. 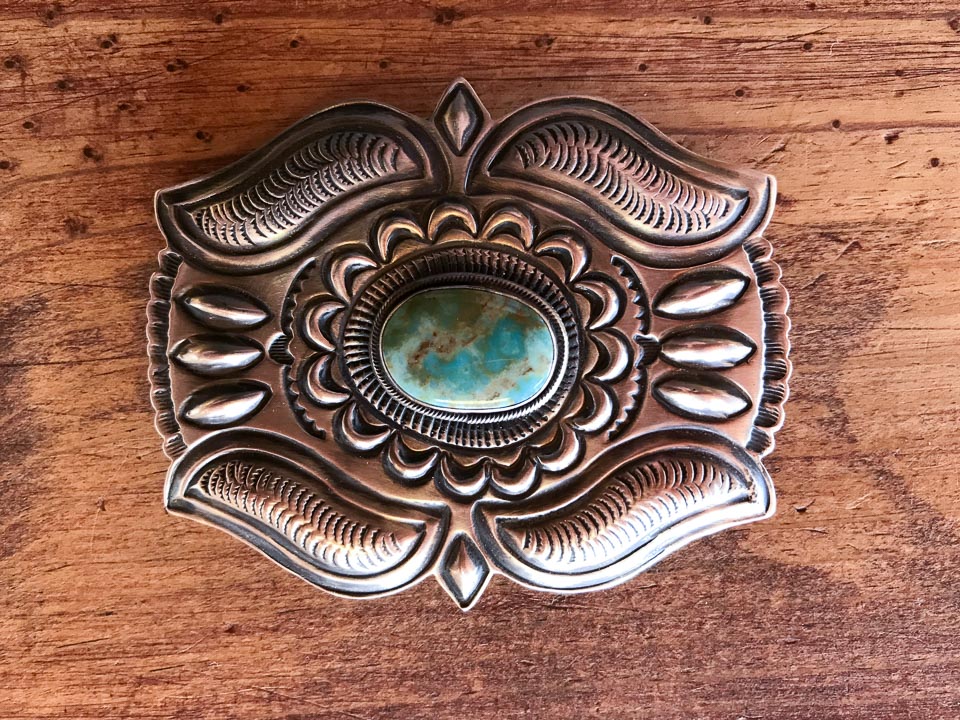 At the  High Noon Restaurant and Saloon we enjoyed artic-cold beers and steak dinners.  The place was constructed as a home circa 1750 and later became a gambling parlor and brothel. In the late 1960s,  it was transformed into the home and retail shop of a Spanish furniture maker; in 1974  it became a restaurant. With brick floors, traditional kiva fireplaces and wood-beamed ceilings, it retains its original hacienda-style charm.

A Star Wars landscape? Tolkien’s Middle Earth? Alice’s Wonderland? Take your pick. All these otherworldly places come to mind when you first come upon the Bisti Badlands. (Fittingly, one area here is called the Valley of Dreams.) Unknown to most people, the Bisti Badlands are an incredibly scenic area, just a three-hour drive northwest of Albuquerque. Spread over approximately 4,000 acres, the landscape is covered with strange, eroded sandstone formations: hoodoos, pinnacles, ridges, arches, balanced rocks, rock wings and pedestals. The area is a photographer’s dream, particularly at sunrise and sunset when the red, purple and black sandstone is dramatically illuminated.

And with no roads or marked trails, it’s all too easy to get lost here. So if you visit, be sure to hire a professional Navaho guide who knows the area intmately. We recommend Kialo Winters of Navajo Tours USA. He’ll take you on sunrise and sunset treks to see the area’s highlights and recommend places to stay in nearby Farmington, New Mexico.

Almost three hours west of the Bisti Badlands—across the sweeping landscapes of the Four Corners region—stand the dramatic sandstone buttes of Monument Valley, an area that straddles the border of southeastern Utah and northern Arizona. This iconic stretch of land—more than 91,000 acres—is part of the Navajo Nation. Its rugged formations and wide expanses have made it a favorite of filmmakers and photographers.

Over the years, it became identified with film director John Ford, who frequently filmed Westerns here. When actor John Wayne was asked why he and Ford came here so often, he said, “Because this is where God put the West!”

We stayed for two nights at the three-story View Hotel, which wasn’t here on our last trip to the Valley some 20 years earlier. Nowadays, this is the best place to stay. In fact, this Navaho-owned accommodation is the only place to stay within the Monument Valley Tribal Park. Rooms are comfortable and the on-premises restaurants excellent. Best of all, the views from every room (each has a balcony) are stunning. Note: Gouldings Lodge, whose original owner lured the film industry here in 1938, is six miles down the road, outside the Valley. It’s also a popular place to stay and has a small museum of interest to film buffs.

It’s essential, at minimum. to complete the 17-mile Valley Drive, an unpaved loop road that takes visitors to many of the scenic views. This drive can take from two to four hours, depending on how long you linger for photographs. Of the many dramatic views in the Valley, we especially appreciated the epic vistas from Ford’s Point (best in late afternoon) and the wind-blown dunes around the Totem Pole (best at dawn). You’ll need a Navajo guide to take you to some of the better locations that off the Valley Drive. That said, the iconic Mittens, a pair of monumental sandstone formations, are perhaps best seen from the grounds of the View Hotel.  They’re particularly striking at sunset and after dark under the stars.

Our schedule also allowed time for a 3 1/2-hour tour of adjacent Mystery Valley, another area with stunning scenery—natural arches, sandstone buttes and mesas—and sites with ancient pictographs and petroglyphs. It’s an area the Navajos feel has great spiritual power.

We recommend the highly regarded Navajo Spirt Tours for guided tours (including excursions designed specifically for photographers) to both Monument Valley and Mystery Valley.

A two-hour drive due west from Monument Valley brought us to Page, Arizona, and Glen Canyon, a mecca for outdoor enthusiasts. The centerpiece is Lake Powell, an enormous reservoir on the Colorado River, where swimming and boating are popular. Among the natural wonders here, the highlight is Upper Antelope Canyon, a dizzying maze of sinuous sandstone passageways carved over eons by natural erosion, primarily flash flooding. Because of the canyon’s popularity, it’s best to book the required escorted tour months in advance.

A two-day stay at the Lake Powell Resort allowed us time for a scenic boat cruise around the lake and a visit to Horseshoe Bend, a dramatic meander in the Colorado River, which is a favorite location for photographers.

Heading southeast for three hours from Lake Powell on our return to Albuquerque, we made an afternoon and overnight stop in Chinle, Arizona, to photograph nearby Canyon de Chelly. This vast labyrinth of towering, sandstone cliffs shelters valleys with meandering streams, groves of cottonwood trees and small farms. Native Americans have lived here for nearly 5,000 years—longer than anyone has lived uninterruptedly anywhere else in this area. In fact, you can still see ruins of the multi-storied villages and pictographs of Ancestral Puebloan people along the canyon walls.

In late afternoon, we drove 37 miles roundtrip on South Rim Drive to capture images  of Spider Rock, an 800-ft. spire that rises from the canyon floor. Unfortunately, time didn’t permit us to complete a similar roundtrip on the North Rim Drive—or to book a jeep tour into the canyon with a local outfitter, such as Arizona Canyon Jeep Tours.

On the final leg of our trip, we made a short stop in Gallup, N.M. for a look at Richardson’s Trading Company, a store brimming with Native American crafts, including turquoise jewelry (many antique pieces), silver belt buckles, Navajo rugs, baskets, feather headdresses, pottery, saddles and more. Here we ran into Sue Keeler, daughter of the late store owner, Bill Richardson, who passed away in 2017. She explained that she came from a family of traders who owned trading posts on Navajo and Hopi reservations across New Mexico and Arizona. She was gracious enough to offer us a tour and provide background on a few of the many items and historical photographs on display. (The back room is a veritable museum of the old West.)

Another fascinating Gallup landmark is the El Rancho Hotel, once a gathering place for Hollywood filmmakers and celebrities. Ronald Reagan, Spencer Tracey, Alan Ladd, Humphrey Bogart, John Wayne, Katherine Hepburn and Kirk Douglas are among the many stars listed in the guest register. You can browse the filmmaking memorabilia in the lobby, shop for native American crafts in the hotel shop and enjoy breakfast, lunch or dinner in the atmospheric dining room.

Later in the day, we spent a leisurely afternoon in Santa Fe—New Mexico’s beautiful, high-altitude (just over 7,000 feet) capital and a world-class food and arts destination.

Overlooked by the Sangre de Cristo Mountains, Santa Fe offers a unique setting and ambience. In fact, no trip to New Mexico would be complete without a stop here. But a longer stay would be best; there’s so much to do, even a week (or two) wouldn’t do it justice.

Santa Fe has over 400 restaurants, some 250 art galleries, many museums, and shops full of Native American art, high-end textiles and home furnishings. Andrea Fisher Fine Pottery was one of our favorite discoveries, a shop that sells high-quality Southwestern ceramics, sourced from nearby pueblos. Santa Fe also hosts art festivals and performing arts events throughout the year. Little wonder the city, founded over 400 years ago, is known as “The City Different.”

Before returning to Albuquerque, we enjoyed lunch on a balcony overlooking the main plaza, which was built in 1610 and is still the heart and soul of the city. For us, Santa Fe was “love at first sight,” and we vowed to return for a longer stay.